Today at Ignite 2019 Microsoft has launched the public preview for Visual Studio Online, a managed cloud-based development environment based on Visual Studio Code that works in the browser.

The tool is actually not finished (it’s a preview version) but I think it’s extremely promising and it opens the doors to many interesting scenarios for developers (imagine to be able to edit and review code directly from a tablet or a smartphone or a mobile device everywhere you are).

I’ve played few minutes today with the preview version. To use Visual Studio Online, as a first step you need to create an environment:

An environment is based on an instance type (VM) totally transparent to you and actually only based on Linux (you can choose between a Standard and a Professional version, differences are only the number of cores and memory). Windows-based environments will soon be available too.

When you click Create, the environment is created on your Azure subscription in few seconds: 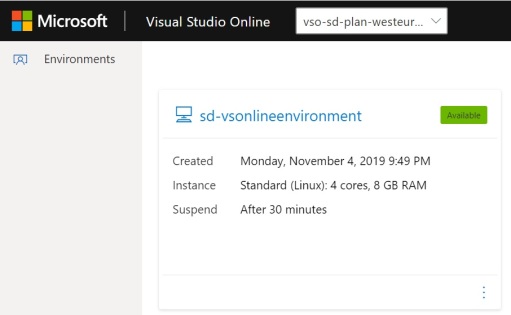 You can create different environments. To start working, select an environment and magically Visual Studio Code IDE appears to you on the browser: 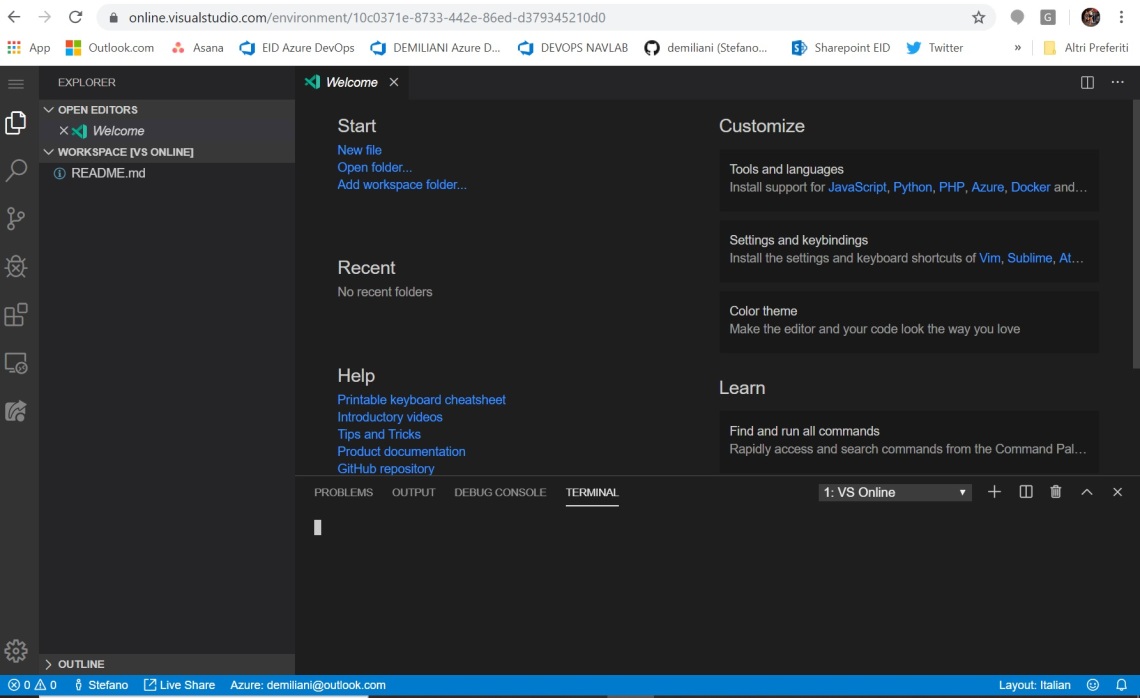 Now you can install the extensions you need from the marketplace, exactly like you do in the standard VS Code Windows version. For my small test, I’ve firstly installed the Azure Function extension and I’ve created a simple HTTPTrigger function:

I was able to create the function and working on the code like in the standard Visual Studio Code version, all from a browser window (the only small problem was the intellisense that sometimes is lacking). Wonderful!

But can a test be finished without trying to use the AL Language extension? NO!

So, I’ve installed the AL Language extension from the marketplace: 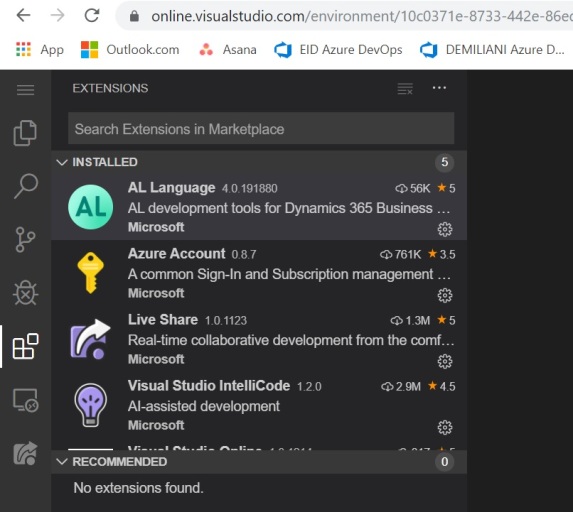 Now I want to create a new extension project (AL:Go!): 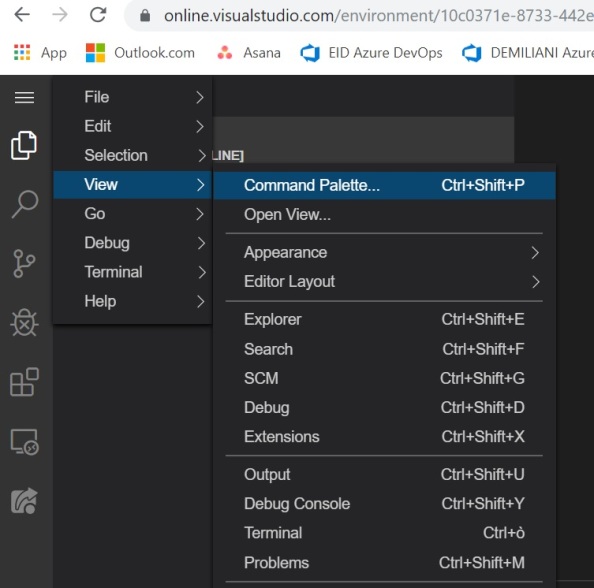 Select a folder for your project (it’s based on the VM file system and actually you cannot manually upload a project on the environment):

then select the target platform (for example 4.0):

and voilà! Your AL project is created:

Unfortunately, with AL you can only write code in the browser without intellisense and compilation at the moment (you don’t have the launch.json file and the alc.exe compiler), but it’s a nice and promising starting point (I think that things will change in the next weeks, especially when Windows-based environments will be available).

Microsoft MVP. Technology and cloud addicted, trying every day to make customers more addicted on IT. Runner and cyclist at full speed... www.microsoftarchitects.com View all posts by demiliani

This site uses Akismet to reduce spam. Learn how your comment data is processed.